How visible is your business online? Check in seconds

Ensure your business data is up-to-date on Yalwa

Add Your Business to Yalwa

Yalwa is a local directory that helps customers find businesses in their community. It is available in over 50 countries and offers a variety of features to help businesses reach their target audience. Yalwa allows businesses to create a free listing, which includes basic information such as the business name, address, and hours of operation. Customers can also leave reviews and ratings for businesses, which can help other customers make informed decisions.

If you’re ready to get started with Yalwa, sign up for Direction Local and get listed on an additional 70 websites that your customers are using every day.

Get Listed on Yalwa

Yalwa is a social networking site that allows users to connect with businesses and customers in their local area. The site has over 60 million registered users, and it is available in over 50 languages. Yalwa is free to use, and it does not require a membership.

Features of a Yalwa listing via Direction Local.

Your company’s Yalwa business listing is a great way to provide customers with the most up-to date and accurate information about your products or services. Not only does this allow you access into “near me” searches, but it also provides detailed contact information so customers can reach out.

Update your hours of operation

Make your business stand out online with a local business profile on Yalwa. Add your company name, address, phone number, and website to help customers find you quickly and easily. Boost your local SEO and attract more customers today!

Get Started
Request A Demo

Check Out More Directories Your Business Can Be Listed In for a Powerful Local SEO Boost! 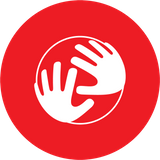 Contact our team today! We streamline the process of updating or creating your business’s directory. Get new customers, own your location, and improve your online visibility with our Yalwa local listing management tool.

Get My Business Listed NOW!