How visible is your business online? Check in seconds

“Tell me the facts, and I’ll learn. Tell me the truth, and I’ll believe. But tell me a story, and it will live in my heart forever.” – Old Native American proverb

The Native Americans knew that you need more than stats and facts to win people over. Marketing is no exception, and it’s for this reason that the most effective campaigns employ storytelling to win the hearts of their target audience.

Below I have listed five examples of great story-led marketing campaigns. Read on and see how you can…

“Reality, most of the time, sucks.” So says, PJ Pereira, the inspiration behind Skype’s heart-warming 2013 advertising tale of two teenage girls, who used the telecommunications application to bond over a shared condition which meant they were born without part of their left arm.

But when reality doesn’t suck it’s one of the most compelling examples of storytelling that you can use.

Skype demonstrated how their technology went beyond providing a service and was elevated to giving purpose to people’s lives. If you repeat the trick in your marketing, you’ll see a much more significant ROI from your campaigns.

Following Skype’s tear-jerking tale is Google’s example of how their brand makes their users lives better, rather than just easier.

Released in 2013, this campaign sees an Indian grand-daughter using Google’s search engine to bring together her grandfather and one of his childhood friends. What it’s pay off is that Google’s technology allows you to cross geographical boundaries.

Your business won’t enjoy the same reach as Google, but that doesn’t stop you from taking inspiration from this marketing campaign; demonstrate how your USP breaks down boundaries, and you’ll have a winning campaign.

In Nike’s 2016 advert, soccer star Cristiano Ronaldo collides with a young ball boy. The pair wake and, in a story borrowed from Freaky Friday, find they have swapped bodies.

The two meet again at the adverts end during a match between England and Portugal – Ronaldo having worked his way up to the level of England international in his avatar, while the young ball boy has come to terms with the opportunity afforded to him by the Real Madrid players body.

At its heart, the message is that whatever your opportunities, or lack of, that you have been given, what brings you success and realize your dreams is hard work – something which is made more accessible by Nike’s products.

Show your audience that using your product makes it easier to reach their intended goals and you can crib some of the success of Nike’s campaign.

If you’re of a certain vintage, Coca Cola’s long-standing Christmas advert harks back to fond childhood memories. If you’re not it simply represents the arrival of the holiday season.

Coca-Cola has long been among the masters of story-led marketing, and with their tale of their drinks arriving in neon trucks, they demonstrated the value of well-thought-out seasonal advertising – their advert and product becoming a part of the Christmas experience.

Think about how your business can tap into the benefit of seasonal marketing and advertising; for instance, you could produce an advent calendar themed direct marketing campaign. Or you might create a Super Bowl-inspired infographic. Find an angle that works for your company and make your brand part of the goodwill associated with the season in question.

5. National Literacy Trust – A Girl Who Reads Can Dream

Released in March 2018, this campaign by the UK charity National Literacy Trust was designed to highlight the fact that 493 million women worldwide still cannot read.

The 2-minute advert stars two young girls who explain the power that reading brings to the imagination, with NLT’s code being that we must change to give girls the chance to dream.

Social responsible has been a part of the mainstream of marketing for a number of years now, but it remains a potent tool to engage your audience and get them to back your brand – not only do your customers want to know that you have a socially conscious, but 58% of them want to see how you’re making a positive impact on the world.

Take inspiration from the NLT and tell your customers which causes your brand is behind and what you’re doing to support them.

People’s fondness for storytelling isn’t a new phenomenon: the earliest cave paintings are over 35,000 years old.

While marketing has experienced many nuances, fads, and technological developments, the best way to win the hearts of your customers remains your ability to tell the story of how your brand can make a positive difference to their lives.

So, take note of the five examples I’ve used in this article and begin putting the lessons you’ve learned from their brilliant story led marketing campaigns into practice. 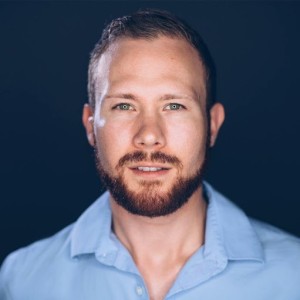 Chris Kirksey is the CEO of Direction.com, a Local SEO software & SEO services company reflecting the culmination of a 15+ year obsession with digital marketing. It all started with an eBay business at 9 years old, then transitioning from domain investing and website building. After a 6-year US Army career leading intelligence collection teams both in the US and overseas, Chris now brings a sophisticated approach from cryptologic language and adversary data intelligence to digital marketing and business intelligence. His precision and planning of military campaigns, now reflected in SEO campaigns, have proven successful for clients in industries ranging from law firms to technology startups.

Chapter 10: 9 Types of Local SEO Content to Boost Your Rankings